The Kenrick Plaza CID is a political subdivision located in the City of Shrewsbury, Missouri

The Shrewsbury Board of Aldermen approved a plan to redevelop the Kenrick Plaza as a retail center built around a 130,000-square-foot Wal-Mart store on 25 acres. To help facilitate the construction, the Kenrick Plaza Community Improvement District (the “District”) was established. The principal objective of the District is to provide a mechanism to fund improvements and services, including financing and reimbursing expenditures related to such improvements and services. The District’s source of revenue is a CID sales and use tax of one percent (1%) on all retail sales made within the District. The District CID project includes improvements to public infrastructure, roadway, entrance, and other similar types of improvements.

Governing Board of Directors: 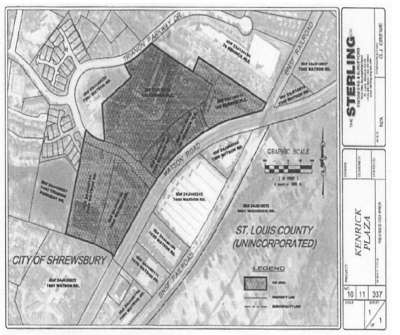 TELL US MORE ABOUT YOUR PROJECT. CONTACT US
Menu